Mary Whitfield Canada, retired reference librarian, died January 23, 2016 at Brookdale Assisted Living in Durham, NC.
She was born June 13, 1919 in Richmond, Virginia, the daughter of the late Waverly Thomas Canada and his wife, the former Ruth Bradshaw Smith. Ms. Canada grew up in Richmond but had lived in Durham for many years.
Mrs. Canada was a graduate of John Marshall High School, Richmond; received the B.A degree magna cum laude from Emory and Henry College (Virginia) in 1940; an M.A in English from Duke University in 1942; and a degree in library science from the University of North Carolina, Chapel Hill, in 1956.
Ms. Canada was the retired Head of the Reference Department, Duke University Library where she was a member of the staff for 42 years. At the time of her retirement she was also Coordinator of Exhibits for the Perkins Library Gallery. Ms. Canada was the recipient of a grant for the Duke Quebec Studies Program to visit and study university libraries in the Province of Quebec in 1979 and from the Duke Canadian Program to visit and study university libraries in the Provinces of Alberta and British Columbia in 1981.
A life member of the American Library Association, Ms. Canada held various offices in that organization and initiated the establishment of the Performance Evaluation Discussion Group. She was active in the Southeastern Library Association and served as Chair of the Reference Services Division. In the North Carolina Library Association, Ms. Canada was Chair of the College and University Libraries Section; Chair of the Newspapers Committee, etc. She also contributed to professional journals and to other library publications.
Ms. Canada was a past president of the Alumni Association, School of Information and Library Science, University of North Carolina-Chapel Hill and was one of the founding members of the UNC chapter of Beta Phi Mu, national honorary library science fraternity.
Ms. Canada was a member of several organizations including the Virginia Historical Society (life member); the Virginia Genealogical Society; the Friends of the Virginia State Archives; the Virginia Museum of Fine Arts; the Daughters of the American Revolution, General Davie Chapter (past regent); the Planning Advisory Committee of North Central Durham; the Campus Club of Duke University; the Duke Auxiliary, etc. For more than 60 years, Ms. Canada taught children in the Sunday school of Duke Memorial United Methodist Church of which she was a member.
Ms. Canada is survived by her loving and devoted God-children, Sherry Sliwa and husband, Jamie, of Durham, NC; Melissa Knight of Greensboro, NC; and her dear friend, Nancy Austin. She was preceded in death by her God-son, Thomas Waverly Knight, who died in 2011.
In lieu of flowers, contributions may be made to the Duke Memorial UMC Children’s Ministry, 504 W. Chapel Hill St., Durham, NC 27701.
A graveside service will be held Tuesday, February 2, 2016 at 11:00 a.m. in Maury Cemetery, Richmond, Virginia.
A memorial service will be held Saturday, February 6, 2016 at 11:00 a.m. at Duke Memorial United Methodist Church in Durham.
Arrangements for the Canada family are under the care of Hall-Wynne Funeral Service, Durham. Online condolences www.hallwynne.com

Offer Condolence for the family of Mary Whitfield Canada 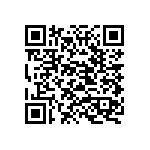