She was born and grew up in northern Durham in a community surrounded by a large extended family. Her mother died when Mary Ruth was six years old and she helped raise her younger brother and take care of the house for her father.

In 1950, she married Samuel Nelson Mebane and they were together for over 58 years until his death in 2008. Soon after getting married, they got an Amazon green parrot and “Pedro” remained a part of their lives for over 50 years. Often Nelson would hear his name being called and didn’t know if it was Mary Ruth or Pedro.

Mary Ruth was employed by Duke University Medical Center in the Private Diagnostic Clinic for 28 years prior to her retirement. She was a loving wife, homemaker, and an active member of her community. She never met a stranger and over the years many relatives and friends were invited to “come on up”.

Her cooking skills provided many wonderful meals to relatives and friends. She made sure that everyone ate enough, sometimes adding to your plate whether or not you asked.

She is survived by a niece, Melanie Anne Kate Terry Hancock and numerous cousins and friends.

In addition to her parents and husband, she was predeceased by an infant brother, Sam Terry and brother, John Samuel Terry.

Friends may visit from 1:00-2:00pm Sunday at Hall-Wynne Funeral Service.

Arrangements for the Mebane family are under the care of Hall-Wynne Funeral Service. Online condolences www.hallwynne.com

Offer Condolence for the family of Mary Ruth Terry Mebane 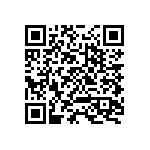