She graduated from Perry High School, Perry Missouri, in 1953. She then went to college at Washington University Nursing School and received her RN degree in 1957. She later earned her B.S. in Nursing at North Carolina Central University in 1987. She had her own applique business before returning to nursing at Duke Medical Center in 1979. While at Duke University, she became the Nurse Clinician for the Gastroenterology Department. During that period, she worked with Dr. Killenberg. She retired from Duke in 2001.

She led her daughters Girl Scout troops for many years and received the top honor of Silver Pine Cone Award. She most enjoyed camping and backpacking with the girls during those years. She was an avid seamstress and won the McCall’s sewing award at the NC State Fair. She continued to make clothes but found great creativity in quilting. Several quilts received awards at local and state competitions. She volunteered and was President for the Nearly New Shoppe whose funds support medical and nursing scholarships at Duke University.

In lieu of flowers, memorials may be made to the Alzheimer’s Association or the Nearly New Shoppe, 2424 Erwin Rd, Durham, NC 27705.

The Wilkinson family is under the care of Hall-Wynne Funeral Service. Online condolences: www.hallwynne.com – select obituaries.

Offer Condolence for the family of Mary Margaret Wilkinson 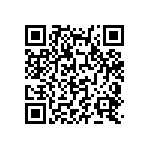