Mrs. Mary Lucille Morris Farrell, 86, of Hanks Chapel Road, Pittsboro, died April 1, 2013 at Cambridge Hills in Pittsboro.
Mrs. Farrell was born in Rockingham on April 15, 1926, a daughter of James Michael Morris and Maude Poplin Morris. She retired from Chatham Mills after 40 plus years of service. Mrs. Farrell was a long time member of Hanks Chapel United Church of Christ.
Survivors include her daughter and son-in-law, Gail and David Collins of Pittsboro; sons and daughters-in-law, Lacy and Patti Farrell of Chapel Hill, Mike and April Farrell of Sanford; brother, John Wayland Farrell of Pittsboro; 4 grandchildren, Jason and Amanda Collins, CJ and Courtney Farrell; and 2 great-grandchildren, Gavin and Jacklynn; several nieces and nephews. The family would also like to extend a special thank you to Jane Mason, who Lucille thought of as her second daughter. Mrs. Farrell was predeceased by her husband, Clifton Howard Farrell, a brother and a sister.
The service to celebrate the life of Mrs. Lucille Morris Farrell will be held at 11 o’clock Wednesday morning, April 3, 2013 at Hanks Chapel United Church of Christ, with Pastor Bob Wachs presiding. Interment will follow in the church cemetery.
Friends may visit with the family on Tuesday evening from 7 – 9 pm at Hall-Wynne Funeral Home, and at other times at the residence of Gail and David Collins.
Online condolences: www.hallwynne.com, select Obituaries.
Memorials may be sent to the American Cancer Society, 8300 Health Park # 10, Raleigh, NC 27615.
Arrangements for Mrs. Farrell are under the care of Hall – Wynne Funeral Service and Cremation of Pittsboro.

Offer Condolence for the family of Mary Lucille Morris Farrell 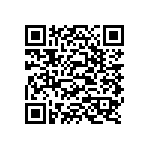