DURHAM: Mary Louise Powe Gardner died Tuesday at home following a lengthy decline. She was born October 30, 1927 in Durham to E.K. Powe, Jr. and Louise Watkins Powe. Mary Louise was among the proud attendees of Watts Street Elementary School. After graduation from Salem Academy, she began college at Duke University and graduated from the University of North Carolina. Mary Louise married William H. “Nick” Gardner in 1949. For many years she was office manager of her husband’s firm, Gardner & McDaniel.
A parishioner of St. Stephen’s since its inception, Mary Louise was a devoted churchwoman, having served on the Vestry, Altar Guild and various committees over the years. She was also a member of the Junior League and the Colonial Dames. Mary Louise was an active volunteer throughout her adult life, devoted to her beloved Durham.
Surviving are her children, Mark Gardner and wife, Dona Reed of Friday Harbor, WA, Alston Gardner and wife, Barbara Lee of Chapel Hill and Lucy Gardner Stokes and husband, Bill of Durham; her grandchildren, Megan and Ben Gardner, Emma and Anna Gardner, Amy Ward, and Will and Emily Stokes; and a sister, Josephine Rankin and husband, Dr. Pinkney Rankin of Charlotte. She was predeceased by her husband, William H. “Nick” Gardner, sister, Frances Grainger and brother, E.K. Powe, III.
A memorial service will be held 3:00 PM Saturday from St. Stephen’s Episcopal Church, with the Rev’d Robert Kaynor officiating. Friends will be received in the church fellowship hall following. Donations in Mary Louise’s memory may be made to St. Stephen’s Episcopal Church. Arrangements are with Hall-Wynne Funeral Service. On-line memorials: hallwynne.com

Offer Condolence for the family of Mary Louise Powe Gardner 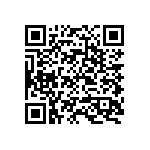