Born on December 29, 1921 in Columbus, Ohio she was the daughter of the late Rev. Thomas and Elsie Lineweaver and was preceded in death by her husband Charles S. White. Mrs. White grew up in Chicago, Illinois and was a 1944 graduate of Knox College in Galesburg, Illinois. She lived in Jerseyville, Illinois before moving to Durham in 1999. In Jerseyville, she taught remedial reading in the elementary grades, received a Masters Degree in Education from Southern Illinois University in Edwardsville, served as a Girl Scout leader, and was an active member of the American Association of University Women, PEO, and the First Presbyterian Church. She loved discovering new places, new friends, new clothes, new conversations and new books. She treasured her friends, new and old, and delighted in living her life.

A memorial service will be held at 2:00 p.m. Friday in the William Few Interfaith Chapel at Croasdaile Village. Friends will be received following the service.

Offer Condolence for the family of Mary Lineweaver White 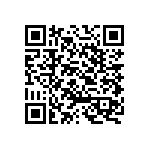