Mary Jenkins Fennell died peacefully at Durham Regional Hospital on Saturday, October 9, 2010, surrounded by her loving family. She was 93 years old. Mary was born in Washington D.C. to the late William A. and Mary I. Solomons Jenkins on December 26, 1916.

A memorial service will be held 2 PM Thursday, October 14, 2010, from St. Stephen’s Episcopal Church with Father Robert K. Kaynor presiding. Friends may visit with the family immediately following the service in the fellowship hall.

Burial will be held Saturday afternoon in Grahamville Cemetery in Ridgeland, SC.

Arrangements for the Fennell family are under the care of Hall-Wynne Funeral Service in Durham, NC.

Offer Condolence for the family of Mary Jenkins Fennell 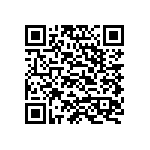