Mrs. Moore was born November 15, 1926 in Mobile, AL to the late Nicholas and Katherine Watters.  Jean graduated from Auburn University, and in 1947, married Ruben Thomas Moore, who preceded her in death in 2007.  After their children had grown, she returned to school, obtaining her Master’s degree in Education from East Tennessee State University.  After relocation to Kingsport, TN, she taught algebra at Dobyns-Bennett High School and first grade at Andrew Jackson Elementary School. As an avid traveler, she visited four other continents.

She and Ruben relocated to Durham, NC in 2003, where they became residents at Croasdaile Village and active members of Durham’s First Presbyterian Church.  While at Croasdaile, she was involved with the Life Enrichment committee, writing group, tutoring children at Hillandale Elementary School, and dance classes.

In addition to her husband and parents, Mrs. Moore was preceded in death by her sister, Pat Morgan.

Memorials may be directed to the Heifer Foundation, 1 World Avenue, Little Rock, AR 72202.

Offer Condolence for the family of Mary Jean Watters Moore 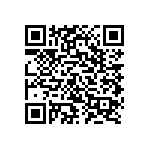