Mary Jane Strayhorn Garrard Whitaker passed away in Camden, Maine on December 1, 2011, at the age of 95. She had just celebrated a joyful Thanksgiving with her family and was able to say goodbye to many of those who loved her.

Born, raised, and schooled in Durham, Mary Jane married Lewis G. Garrard 1913 – 1971 in 1937 and moved to New Jersey to raise a family with him. Eleven years after Lewis passed away, she married H. Baron Whitaker 1913 – 1999. With Baron, she returned to Sanford, North Carolina, where they shared an active and loving retirement.

Mary Jane was a stylish and graceful hostess, a guardian of classified documents at Bell Laboratories, an avid follower of politics and current events, a lifelong Presbyterian, and a lover of travel, food, and bridge.

Mary Jane was a dedicated mother to her son William Bill Garrard 1941-1962, her daughter Anne Garrard McMath, and her son-in-law Jonathan C. McMath. She was a devoted grandmother to J. Christopher McMath and Stacey Cooper McMath and to their respective spouses, Kalley McMath and Avi Glickstein. She loved her siblings Louise “PZ” Strayhorn Ramsbottom and Ralph Nichols Strayhorn. She had a special place in her heart for Baron’s three sons Dwight, Lynn, and Keith, and their spouses and children.

A graveside service will be offered 3:00pm Tuesday, December 6th in Old Maplewood Cemetery, 621 Duke University Road, Durham, to be followed by a reception to celebrate her memory at 4:00pm at the Washington Duke Inn, 3001 Cameron Boulevard, Durham.

In lieu of flowers, memorial donations may be made in Mary Jane’s honor to the Juvenile Diabetes Research Foundation, JDRF International, 26 Broadway, New York, NY 10004 or www.jdrf.org. 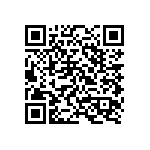