Arrangements are under the care of Griffin Funeral Service & Cremation of Pittsboro and Anders-Rice Funeral Home in Asheville, NC. Service information may be obtained at www.andersrice.com. Online condolences may be made at www.griffinfuneral.com Select obituaries.

Offer Condolence for the family of Mary Jane Matteson Smith 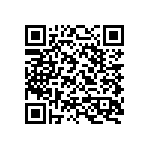