Mary attended Allegheny General Hospital School of Nursing in Pittsburg, PA, graduating with a R.N in 1938. After graduation she continued as a nurse there before enlisting in the U.S. Army in 1942. She was a First Lieutenant in the Army Nurses Corps and most of her time during the war was spent in field hospitals in Australia and New Guinea.  During this time she met and married Seth G. Hobart, Jr. on Oct. 10, 1942.  Upon discharge from the Army in 1945, she joined her husband in Charlottesville, VA where he was in school.  They moved to Durham in 1955.

Mary was a member of Watts Street Baptist Church where she was active for many years.  She was also active in the Redbud Garden Club, the American Red Cross, the Salvation Army and the Durham Regional Hospital Auxiliary.  She was a member of the Lawn Society and the Cornerstone Society of the University of Virginia.

A celebration of Mary’s life will be held at The Forest at Duke at 3:30 pm after the church service.

Arrangements for the Hobart family are under the care of Hall-Wynne Funeral Service in Durham. On-line memorials: www.hallwynne.com. Select obituaries.

Offer Condolence for the family of Mary Elizabeth Lauder Hobart 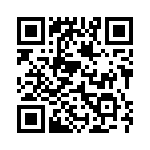