Mary Hayes was born in Pittsboro, North Carolina, in 1930, to Wade Barber and Agnes Ferebee Barber. She graduated from high school at Peace College in Raleigh, received a B.A. degree from Agnes Scott College in Decatur, Georgia, and a Master’s degree in English from the University of North Carolina at Chapel Hill. After teaching school in Charlotte for two years, she moved to Chapel Hill, and in 1958, married Edward S. Holmes, a recent law school graduate of the University. They married in 1958. She returned to Pittsboro where they lived for the rest of her life.

Mary Hayes was an active servant of her church, community and state. She contributed energetically to many civic and cultural causes and to numerous causes benefiting the poor, the elderly and the disadvantaged.

She loved the Presbyterian Church and served the Church in many capacities. She was a Sunday School teacher and the first woman Elder at Pittsboro Presbyterian Church. She was a member of the Executive Committee of the N.C. Council of Churches and served as a member or chairperson of various committees of the Orange Presbytery and State Synod. Her faith led her to travel to war-torn Nicaragua in the 1980’s to support the peace efforts of the Carolina Interfaith Task Force on Central America. She exhibited her Christianity and humanity by many compassionate acts and in how she lived her daily life.

Among her contributions to her community, Mary Hayes helped organize and raise funds for the East Chatham Medical Center, was a board member of the Chatham County Dept. of Social Services, and helped raise funds for the Triangle Land Conservancy. For many years, she was active with Girl Scouts as a troop leader and as a member of the Board of Directors of the Pines of Carolina Girl Scout Council. Mary Hayes was involved in efforts to organize the Friends of the Pittsboro Library, served as its President and, most recently, assisted in its efforts to raise funds for the new library to be built at Central Carolina Community College in Pittsboro.

Mary Hayes loved the political process. The first word she learned to spell was “Roosevelt”. Mary Hayes was the first woman elected as a Chatham County Commissioner, was a charter member and chairperson of the Chatham County Democratic Women, and was a member of the State Democratic Executive Committee. She enjoyed her membership in the Sir Walter Cabinet. In 1993, Gov. Jim Hunt appointed her to a four-year term on the N.C. Board of Transportation, after which she served for 8 years on the N.C. Historical Commission.

The funeral will be held at 11 a.m. on Thursday, August 14, 2008 at Pittsboro Presbyterian Church. The family will receive friends at their home on 1062 Old Graham Road on Wednesday, August 13th from 6 to 8 p.m., and at other times at the home.

In lieu of flowers, donations may be made in Mary Hayes’ name to Pittsboro Presbyterian Church, P.O. Box 713, Pittsboro, N.C. 27312 or to the Edward S. and Mary Hayes B. Holmes Endowed Scholarship, Scholarships for Chatham County Students, CCCC Foundation, 1105 Kelly Drive, Sanford, N.C. 27330

Offer Condolence for the family of Mary Hayes Barber Holmes 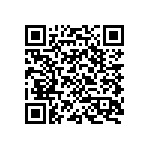