Mary was born in Chester, SC on October 3, 1926 to John Frazier Gilchrist and Ira McDaniel Gilchrist. She was a graduate of Sharon High School and began her career with Southern Bell Telephone Company in Charlotte, NC.

Mary met Hal Canada Gillham in Charlotte and the two were married on April 3, 1954. They were together for 46 years until he passed in October, 2000.

Mary is survived by her son, Stephen F. Gillham and his wife Debra Gillham of Chapel Hill, NC and by her daughter, Shelby G. Elliott of Chesapeake, VA. She is survived by her grandchildren, David M. Gillham, his wife Tonya Gillham, his son Christopher of Cary, NC; Heather Shepard-Barmmer, her husband Dan Barmmer and their two children, Grayson and Shannon of Burlington, NC; Andrew G. Elliott and his wife Nancy Elliott of Greensboro, NC, and Laura E. Elliott of Charlottesville, VA.

In lieu of flower, memorial donations may be made to UNC Hospice, 480 Hillsboro Street, Pittsboro, NC 27312.

The family is under the care of Hall-Wynne Funeral Service.

Offer Condolence for the family of Mary Gilchrist Gillham 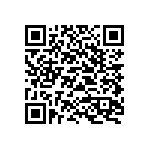