Born in Durham, N.C., Frankie graduated from Durham High School in 1960 and the Watts School of Nursing in 1963, where she was a member of the Santa Filomena Honor Society.

Frankie retired from nursing in 2000 following thirty seven years of active employment.  She then began to garden, paint and draw. During these years she reunited with a friend and former neighbor, Jimmy Andrews and they became the most “significant of others” in the last sixteen years of her life. They lived together, worked together and loved together. They trusted, depended and were completely faithful to each other. She could not have imagined the last sixteen years of her life without him. She knew that God had a plan for her life, but for it to have included Jimmy was the most wonderful of blessings.

There will be no services. Cremation will be carried out and handled by Hall-Wynne Funeral Home.

Offer Condolence for the family of Mary Frances Upchurch 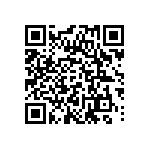