Mary Williams McGee lost her courageous battle with cancer and went to be with the Lord Saturday, April 24, 2010. She passed away peacefully at her parents’ home in Oxford surrounded by her family and holding hands with her loving husband. She is survived by her husband, Deputy Robert McGee, Jr. of Wake County, NC. ; her parents, Robert and Elizabeth Williams of Oxford, NC; a grandmother, Francis Coleman of Mt. Pleasant, SC; two brothers, Captain James Williams, US Army and Eric Williams; and a sister Laura Lee Snyder of Chesapeake, VA.
Mary was born in Nashua, NH and moved to Chapel Hill, NC in her middle school years. She was a graduate of Chapel Hill High School and earned her CNA from Durham Technical College. Until her illness, she worked as an in-home care provider. She attended University Baptist Church in Chapel Hill where she and Robert were married in 2008.
Her remains will be cremated and a memorial service will be held at University Baptist Church at a date to be announced. In lieu of flowers, the family requests that donations be made in her name to St. Jude’s Children’s Hospital.
Arrangements are being handled by Gentry-Newell & Vaughan Funeral Home.

Offer Condolence for the family of Mary Elizabeth Williams McGee 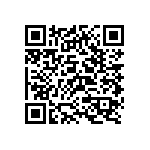