OXFORD
Mary Elizabeth Beth Austin Yancey, 82, died on Thursday, July 10, 2008
at her home in Oxford. She was born on October 18, 1925 in Greenville, North Carolina to Edward Denny Austin and Violet Willoughby Austin. She graduated from Rose High School in 1942 and from East Carolina in 1945 with a B.S. degree. She taught high school biology and chemistry in Tarboro and in Oxford.
Beth was very active in the Oxford United Methodist Church where she served as a Steward, a Trustee, a member of the choir, a Sunday school teacher, a circle leader, and president of the Women’s Society. In 1987, she was the recipient of the Layperson of the Year award in her home church. She was also a Trustee of the United Methodist Church Durham District Conference.
In her community, Beth was a longtime member and past president of the Wednesday Literary Club. She was also a member of the National Society of The Colonial Dames of America in the State of North Carolina and served for two terms as the chairman of the Vance-Granville Committee.
A strong proponent of higher education, Beth served on the Board of Visitors for East Carolina University. For seventeen years, she served on the Board of Trustees for North Carolina Wesleyan College in Rocky Mount and currently holds the distinction of Trustee Emeriti.
Beth is survived by her beloved husband of sixty years, L. Clement Yancey, of the home; one son, Dr. Lindsay C. Yancey, Jr. and his wife Debbie, of Winston-Salem; and two grandsons, Dr. David L. Yancey, of Jacksonville, Florida, and Dr. Joel B. Yancey and his wife Kristen, of Charlotte.
The funeral will be held in the Oxford United Methodist Church at 11 :00 a.m. on Saturday, July 12th with Reverend Pat Hawkins and Reverend Denny Wise officiating. Interment will follow at the Elmwood Cemetery in Oxford. The family will receive friends at the home from 7:00 p.m. until 9:00 p.m. on Friday, July 11th.
In lieu of flowers, the family requests that memorial donations be made to the Choir Fund at the Oxford United Methodist Church, 105 West McClanahan Street, Oxford, NC 27565 or to North Carolina Wesleyan College, 3400 North Wesleyan Boulevard, Rocky Mount, NC 27804.

Offer Condolence for the family of Mary Beth Yancey 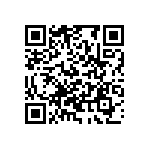