RALEIGH: Mary Ann Watkins Eason completed her eighty-four year journey through life on Friday, May 27, 2011, with the love and support of her immediate family, and attended by the caring professionals of Rex Hospital in Raleigh. She was the tenth child of the late Sen. John S. Watkins and Belle Norwood Watkins to be born at the Watkins’ farm in the Mountain Creek Community of north Granville County. She returned to that farm following retirement to enjoy many memorable years with her late husband, Robert Wilson “Bob” Eason, Sr. , before declining health required them to relocate to Raleigh to share the last of their sixty-two years together.
Mary Ann was a model of devotion and service to others throughout her life. In 1950 she graduated with a B.A. in Education from East Carolina Teacher’s College, where she had continued her education after meeting and marrying Bob in 1947, and giving birth to their first child in 1949. She spent more than thirty-five years enriching the lives of others as an educator, working at various times as a class-room teacher, an administrator, and an evaluator and trainer, in the Counties of Durham, New Hanover, Wake and Granville. During those years Mary Ann contributed countless hours of additional service providing guidance to student clubs and at other extracurricular activities, while also serving as an active member and officer of the North Carolina Association of Educators and its predecessor. During retirement she also served for years as a Guardian Ad Litem for many minors in Granville County.
Although she loved her career and community, Mary Ann was more devoted to her family. She was a loving and caring daughter, sister, cousin and aunt to the many members and descendants of the Watkins and Norwood families who lived on or near Watkins Farm, and those who later visited during holidays or other family gatherings. But it was her roles as wife, mother, and later grandmother, on which Mary Ann focused most, and most excelled; her greatest source and gift of happiness was the life she shared with Bob, her children Bobby, Joe and Sue, and ultimately her grandchildren, Justin, Meg, Denise and Leslie.
Mary Ann is survived by her daughter, Sue Eason Edwards Dean of Raleigh; her son, Joe Eason Debbie of Raleigh; grandchildren, Justin Eason Annie of Asheville, Margaret Eason of Chapel Hill, Denise Edwards Johnson Marshall of Greensboro, and Leslie Edwards Rudd Pettus of Wake Forest; and, by many members and descendants of the Watkins, Norwood and Eason families. She was preceded in death by her husband Bob; her son, Robert ‘Bobby’ Eason Jr.; and all of her siblings.
Visitation will be at 2 p.m. on Monday, May 30, 2011, at Mountain Creek Baptist Church, where Mary Ann was a life-long member. A memorial service will commence at the church at 3 p.m. 2187 Mountain Creek Road, Oxford, 27565, by the Rev. Lemar Wheeler. The church is one mile west of the intersection of Mountain Creek Road and the Cornwall Road. That intersection is approximately 12 miles north of the intersection of Cornwall Road and northbound U.S. 96 as it leaves Oxford. The family expresses its appreciation to the staff of Sunrise Assisted Living of Raleigh at Crabtree Valley for their care of Mary Ann and Bob for several years. Flowers are accepted or Remembrances may be directed to Mountain Creek Baptist Church, or to the Alzheimer’s Association, P.O. Box 96011, Washington, D.C. 20090-6011.
The Watkins family is under the care of Gentry-Newell & Vaughan Funeral Home in Oxford. On line memorials at www.hallwynne.com select obituaries.

Offer Condolence for the family of Mary Ann Watkins Eason 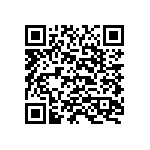