Mary Ann was the first child of Jesse Jordan and Georgia Coggins Beale. She was born on February 14th, 1929 in Milwaukee, N.C. and was forever her father’s Valentine. She was preceded in death by her parents, brother J.J., and her husband Bill.

She attended grade school in Milwaukee and Colerain where she spent many summer days along the banks of the Chowan River. She attended high school in Ahoskie N.C where she graduated a year early and matriculated to Women’s College in Greensboro. She completed her undergraduate studies at Meredith College then attended graduate school at The University of North Carolina in Chapel Hill.

She began her career in 1951 as a social worker in Smithfield, NC at the Johnston County
Department of Social Services. She met her future husband Bill in 1952. They were married in 1954 and settled in Kinston, N.C. where they became members of Queen Street United Methodist Church and raised three children Lee Ann, and twins William and Mary.

For the next 50 years Mary Ann was a dedicated servant to her family, church, and community. She always put the needs of everyone in her family before her own, rising early to prepare for the day and late to bed cleaning up from the day’s activities. At Queen Street, she served as the VP and Chair of the Administration Board, Chair of the Council on Ministries, served on the Pastor Parish Committee, taught Mrs. Speed’s Sunday School class, and supported those in need in her congregation through her Stephen Ministry training. In her community, she worked with inter-faith ministries including Lenoir County Association of Congregations, and delivered Meals-on-Wheels for many years.

She loved sewing dresses for her daughters, picking and then shelling butterbeans, and
growing tomatoes in their summer garden. She enjoyed long walks in the neighborhood with her dog Jessie. Mary Ann was known by friends and family for her excellent fried chicken and potato salad.

In 1974 she returned to social work with the Lenoir County Department of Social Services as a Child Protective Services caseworker. She retired 14 years later when she brought her aging parents to Kinston so she could devote her time to them. In 2006 she and Bill moved to Stokesdale, NC to be closer to family; Mary Ann moved to Clare Bridge in Chapel Hill in 2010.

A memorial service will be held at Queen Street United Methodist Church in Kinston N.C. on Tuesday, March 19th at 11am. The family will receive friends at the church prior to the service at 10:30.

We would like to thank the caregivers at Clare Bridge and Duke Hospice for taking such
wonderful care of our mother. Memorials may be made to Queen Street United Methodist
Church, 500 N. Queen Street, Kinston, NC 28501, or or Duke Homecare and Hospice, 4321 Medical Park Drive Suite 101, Durham, NC 27704. In tribute to Mary Ann, please consider volunteering your time in service to “the least of these.”

Offer Condolence for the family of Mary Ann Ivey 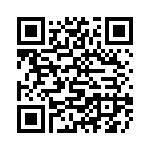