Marvin graduated from Mars Hill College where he attended from 1931 to 1933. He later became a graduate of UNC in 1951. Marvin was a member of the Durham Masonic Lodge #352 AF&AM. It can be said that Marvin truly found greatness as he literally drove along the road of life. His career path took him all over North Carolina as he drove an oil truck for Bull City Oil, worked for Elkins Motor Company and eventually owned and operated the Broadway Yellow Cab Company. His travels, once retired, took him and Ruby all over the world pulling an Airstream trailer in the Wally Byam Club. Marvin knew the ingredients for enjoying pure fun and could often laugh at himself. In his life, he had many great accomplishments. None of his worldly successes, however, could ever overshadow his level of devotion and faith in Christ. He expressed some of his faith when he authored the book, Barabbas: Felon/Friend. Marvin will be greatly missed and forever loved.

Marvin is survived by his wife of 73 years, Ruby Harris of Durham; daughter Patsy of Linville Land Harbor, NC; grandchildren Sara Fisher Tew and her husband Rev. Marty Tew of Garland, NC and Susan Fisher and Travis Jones; and great-grandson, Jacob Fisher, all of Galax, VA;.

A Memorial Service will be held at 11:00 AM on Saturday, April 10, 2010 from the William Preston Few Chapel at Croasdaile Village, 2600 Croasdaile Farm Parkway, Durham. Rev. Milton Hadley, Rev. Denise Waters, and Rev. Marty Tew will officiate. A private cremation service was held at the Hall-Wynne Crematory.

Offer Condolence for the family of Marvin Doyle Harris 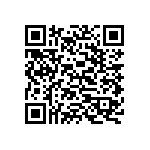