CHAPEL HILL – Mary McCusker McLoughney was born on January 21, 1953, in Rome, Italy, and passed away on Wednesday, Sept. 24, 2014 in Chapel Hill. Mary’s father, Paul, was a diplomat in the US Foreign Service and his wife, Joan, a consummate diplomat’s spouse, so Mary enjoyed a very international upbringing, born in Rome, Italy, (and baptized in St. Peter’s Basilica) then living in Washington, DC, Hamburg, Germany, and Djakarta, Indonesia. She acquired her first degree, a B.A. in German Literature, from Smith College in Northampton, Massachusetts, in 1974. Mary then decided to set off on her own international career, spending two years at IIASA in Laxenburg, Austria, as a computer programmer and then a year as director of her own systems analysis company in London. She received her second degree, a MBA, from INSEAD (Institut Européen d’Administration des Affaires) in Fontainebleau, France, with an emphasis on Finance in 1978.

There followed jobs with American Express, based in London, Merck and Company, based in Brussels and Amsterdam, a short stint with PK Finans in London and then eleven years with UNICEF, based in New York and Geneva in Finance and/or IT-related positions. The most fulfilling of these was working as Chief of Finance for almost two years for UNICEF from 1989 to 1991. In 1990, Mary met her future husband, Edmond, a co-worker at UNICEF; Tessa was born in Barbados in 1992 and Rory in Geneva in 1994. In 1998, Mary made the difficult, but ultimately satisfying choice of leaving UNICEF to move to Florida, as a more or less full-time hands-on Mom. In 1999, she launched her own translation company, Riviera Translations, specializing in translating German, Dutch and the occasional French texts into English mostly in the financial, economics and IT fields. From 2001 to 2003, Mary and her children joined her husband in Turkey after Mary’s first diagnosis and remission. They returned to Florida at the inception of the Iraq War and three years later to Chapel Hill to be close to Mary’s parents in Durham. The family was enchanted with the area.

She is survived by her husband, Edmond Martin, currently residing in Peebles, Scotland; a daughter, Tessa, 22, a student about to graduate from NC State; a son, Rory, 20, in his second year of college at Alamance, with the intention of transferring to UNC Chapel Hill next year; a step-son, Daragh McLoughney, 32, working as an architect in London and married to Laura McLoughney and a step-daughter, Niamh McLoughney, 28, currently living in Darwin, Australia. Mary leaves behind, in addition, a sister, Karen McCusker, and niece, Claire McCusker, of Chevry and Besançon, France, and a brother and sister-in-law, Paul Alexander and Elsa Alvarez and two nephews, Daniel (13) and Samuel (10) of Ornex, France. Mary is predeceased by her brother, Ian Francis McCusker and also by her beloved parents, Paul and Joan McCusker, both of whom passed away in the late summer/fall of 2010 in Durham, North Carolina.

Mary leaves this world grateful for the wonderfully blessed life she has lived and for her many loving friends and relatives.
Friends may visit from 5:00-8:00pm Friday, October 3rd at Hall-Wynne Funeral Service & Crematory.

Donations can be made to the Ian Francis McCusker Fund at Georgetown University, online donations: https://giving.georgetown.edu/how-to-give

Offer Condolence for the family of Mary McCusker McLoughney 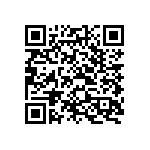