WAKE COUNTY – Martha Matilda Monk, 90 of Cary, NC and formerly of Sebastian and Fort Lauderdale, Florida died Tuesday April 9, 2013. She was born in Raleigh, NC in 1923. She was a graduate of Hugh Morson High School in Raleigh in 1941.

Her early career was at NC State University where she worked in the News Bureau during WWII.She later moved to south Florida and was the chief administrative assistant for Collins Construction Company. She then began her own printing business, EVMAR in Fort Lauderdale, Florida where she was a resident for over 30 years.

Martha was a caring individual who gave of herself and service to many others. She never met a stranger and “entertained “many family and friends in Florida. She was a special aunt who will greatly be missed.

She is survived by her brother Joseph Hampton Monk, Jr. of Raleigh, and sister Becky Monk Wooten of Cary. She is also survived by her nephews Mike Lancaster of Raleigh, Joseph Hampton Monk III of Knightdale; Shade Allen “Chip” Wooten Jr. of Cary; J. McLean “Mac” Ritchie of Tampa, Florida and C. Stokes Ritchie of Charlotte. She is also survived by nieces Tina Bland of Youngsville and B.J. Gibbs of Waxhaw, NC. She was predeceased by her parents Joseph Hampton Monk, Sr. and Mary Stokes Monk; sisters Geraldine Monk Ritchie and Elizabeth Monk Lancaster, and a nephew, Danny Gray Monk. She was also predeceased by special friend Evelyn Sentence. The family would like to thank the staff of Phoenix Assisted Living in Cary for their care of Martha over the last 2 years.

Offer Condolence for the family of Martha Matilda Monk 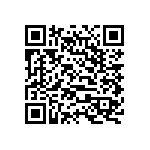