DURHAM- On the afternoon of October 26, 2015 Martha Louise Pope Wetherington passed away peacefully at Peak Resources Treyburn. Martha was 86 years old.
Martha was born in Durham, NC on September 21, 1929. She was the fifth child, of seven, born to the late Abner Benton and Vera Pickett Pope.

Martha moved to Chatham County where she spent most of her childhood. She later moved back to Durham and graduated from Braggtown School in 1948. She met her beloved husband of sixty-five years, Clarence L. Wetherington, in Durham and they married in 1950. Martha worked at Liggett Myers for thirty-one years before retiring in 1986. She was a member of Braggtown Baptist Church.

After retiring Martha kept her grandchildren and traveled. She and her husband have visited all fifty states and over thirty countries across six continents. Though she loved to travel she was always happ

y to return home to her children and grandchildren. To her family she is remembered as a loving wife, sister, devoted mother and grandmother.

Martha was preceded in death by her sisters, Ester Brown and Ruth Ray.

A funeral service will be held 11:00 AM Saturday, October 31, 2015 in the Chapel of Hall-Wynne Funeral Service with the Pastor. Charlie McNeill officiating. Interment will follow in Maplewood Cemetery.

In lieu of flowers, memorial contributions can be made to the Alzheimer’s Association at www.alz.org .

Offer Condolence for the family of Martha Louise Pope Wetherington 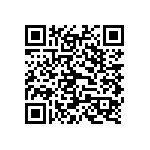