Marshall Glen Green was a lifelong resident of Granville County, North Carolina. He was born on September 15, 1922, the only son of Gary Albert Green and Addie Mae Currin Green. His parents were dairy farmers, and his father also worked as a rural route carrier for the U. S. Post Office. Green and his three sisters – Celia, Mae and Bittie – enjoyed growing up on the farm, working and playing with their cousins and friends. In addition, Green was an eager student, attending school without missing a day during the requisite eleven years to earn a high school diploma.
In 1930-1940 Green attended Wake Forest College. On November 24, 1940, he married the form Ollie Mae Boger. He worked for awhile with his father-in-law doing construction jobs. In 1942, he volunteered for World War II service in the Army Air Corp. Green served for three years, including a tour of 19 missions flying in B-24 bombers over Italy and Germany. Green returned to Granville County after the war and began working for the U. S. Post Office in Oxford. He worked for the Post Office for over 26 years, first as a mail carrier and later in customer service. He and Ollie Mae have been faithful member of Oxford Baptist Church, where Green served as Secretary of the Sunday School Department for many years. During his career at the Post Office, Green tried his hand at various other jobs, including farming, radio/television repair, self-service merchandising and home construction. Green retired from the Post Office in July, 1972. For the next 30 years he enjoyed retired life and various endeavors, including buying, refinishing and selling antiques and selling real estate. He was also an avid fisherman. He taught his children and grandchildren the fun of spending a day at the lake, river or beach relaxing while enjoying God’s great outdoors.
In 2002, Green began putting pen to paper to tell the stories of his family and community. It began with an article about Dr. Elijah Brodie Meadows, a resident of the Culbreth Community who practiced medicine in Granville County in the early 1900’s. During the next three years Green wrote 30 articles, all of which were originally published in the Oxford Public Ledger. In 2004, the articles were gathered together in a compilation entitled “Recollections of Family and Community,” a copy of which is available at the Granville County Library and the Oxford Baptist Church.
Funeral services will be conducted Saturday, April 25, 2009 at 4:00 PM in Oxford Baptist Church, 147 Main Street, Oxford by Dr. J. Steven Bolton. Burial will be in Elmwood Cemetery.
Surviving is his wife of 68 years Ollie Mae Boger Green; three sons, Fred Green of Fayetteville, Lennie Green and wife Carolyn of Raleigh and Donald Green of Oxford; a daughter, Diane G. Weller of Durham; two sisters, Celia Clayton of Winston-Salem, NC and Bittie Williams of Oxford; six grandchildren and five great grandchildren. He was preceded in death by a daughter Marie and a sister Mae Adams.
The family will receive friends from 3:00 PM until 4:00 PM prior to the service in the parlor of the church. In lieu of flowers memorials may be made to the American Diabetes Association, 2418 Blue Ridge Road, Suite 206, Raleigh, NC 27607.
Arrangements are being handled by Gentry-Newell & Vaughan Funeral Home. Online memorials www.gnvfh.com select obituaries.

Offer Condolence for the family of Marshall Glen Green 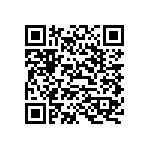