MARSHALL BERNARD FLOYD, SR.
OXFORD- Marshall Bernard Floyd, Sr. age 87, a resident of Oxford died Sunday November 9, 2008 in the VA Hospital in Durham. He was a native of Granville Co. and was the son of the late Eric Z. and Viola Latta Floyd. He was preceded in death by his wife Frances Newton Floyd. Mr. Floyd was the former owner and operator of Floyd’s Grocery. He was a member of Peace’s Chapel Baptist Church, a veteran of WWII serving in the US Army and was a member of the American Legion Post #90.
Funeral services will be held Wednesday November 12, 2008 at 11:00 AM in Peace’s Chapel Baptist Church by the Rev. Jason Hunter. Burial will be in the church cemetery.
Surviving are two sons, Marshall Floyd and Ricky Floyd both of Oxford; two brothers Geoffrey A. Floyd of Oxford and E. H. Floyd of Henderson; six grandchildren and two great grandchildren. He was preceded in death by two brothers, Irvin Floyd and Earl Floyd nad one sister Irma Gupton Brice.
The family will receive friends Tuesday night from 7 until 8:30 at the Gentry-Newell & Vaughan Funeral Home. At other times they will be at the home of Ricky and Bonnie Floyd, 4702 HWY 96 S. Oxford, NC.
Flowers are accepted or memorials may be made to the Peace’s Chapel Baptist Church, c/o Franklin Frazier, 4149 Saw Mill Rd., Oxford, NC 27565
Online memorials www.gnvfh.com select obituaries

Offer Condolence for the family of Marshall Bernard Floyd, Sr. 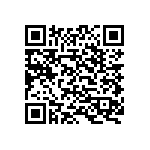