He joined the Navy in 1944, serving as a photographer at the Naval Air Station, Corpus Christi, TX and later as the photographer for ComDesPac in Oahu, HI. Upon separation he attended the University of North Carolina at Chapel Hill and was among the earliest graduates with a Broadcasting Degree. During his Junior and Senior years his radio career began when he operated a remote Chapel Hill studio for WDUK radio in Durham and served as President of “Sound and Fury,” the UNC student Musical Comedy group.

Following graduation, Mark worked briefly with the Greensboro Recreation Department producing and directing a stage and television show for children. He soon became the Program Manager of WJBS radio in Deland, FL before moving into Television with Greensboro, NC’s WFMY-TV. There he was in front of the camera for 16 hours a week, as well as performing a myriad of other TV duties. He moved to Cedar Rapids, IA to direct the opening operations of WMT-TV and later came to Orlando to direct the opening operations of WDBO-TV in July 1954. He remained with the station as a Talk Show host, Production and News Manager until he joined Don McAllister in an Advertising and Public Relations agency known as McAllister Barker, Inc., where he served as Creative Director and Vice President. His work there was honored in local, state and national competitions and he was personally awarded the Orlando Advertising Federation’s highest honor, the Silver Medal Award. In 1980, he founded Communication Counselors, teaching Public Speaking and Media Response, while continuing the Agency as Barker & Associates following Don’s departure.

Mark is survived by his wife, Georgiana B. Barker, his three sons, James Kenton Barker of Dallas, TX, Norman Bruce Barker and his wife Diana, of Orlando, FL, and Mark V. Barker III and his wife Danielle, of Los Angeles, CA, three grandsons, Graham, Weston, and Amon, and one great-granddaughter, Mackenzie.

Mark and Georgiana lived in Orlando’s Cherokee Historical District and enjoyed living in and reconstructing old Orlando homes. Mark served as Campaign Chairman for the Cancer Society, Secretary of the Missile Bowl Committee, President of the Central Florida Navy League and Orlando Sports Car Club, was the founder of the Greater Orlando Press Club, and was a Life Member of the Orange County Historical Society. He was an avid sports car fan, loved Formula 1 auto racing and was a confirmed wood butcher, constantly at work on his old houses. In his later years he was dedicated to the Channel Six Pioneers, those who worked at Channel 6 during its first 10 years, directing their several reunions and writing the annual Newsletter. Mark will be interred in the Barker Family plot at Maplewood Cemetery in Durham on Saturday May 16 at 11:00AM. A Memorial Service in Orlando will be scheduled at a later date.

The Barker family is under the care of Hall-Wynne Funeral Service. Online condolences at www.hallwynne.com. Select obituaries.

Offer Condolence for the family of Mark V. Barker, Jr. 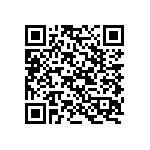