He was born February 11, 1930 in San Diego, California to the late Mark Howard Pray, Sr. and Agnes Jordan Pray.

On January 3, 1949 he enlisted in the United States Air Force taking his basic training at Sheppard AFB followed by technical training at Lowry AFB. He served on a maintenance squadron at Anderson AFB in Guam, a bombardment squadron as a fire controller at Kadana AFB, Okinawa, and finally on a SAC flight crew out of Travis AFB. He was honorably discharged on October 1, 1952 having achieved the rank of Staff Sergeant. He received an Air Medal, Good Conduct Medal and a Korean Service Ribbon with 3 Battle Stars.

He then enrolled at San Diego State College where he received his degree in electrical engineering in June 1957.

After graduation Mark went to work for Westinghouse Electric Corporation taking his student training in Pittsburgh, PA. He served as a product engineer at the plant in Bloomington, Indiana. In January 1967 he transferred to Pittsburgh Headquarters Planning. In November 1971 he joined utility sales at the Westinghouse field sales office in Columbia, SC. In June 1980 he was transferred to division load management at the Westinghouse plant in Raleigh, NC. He retired from Westinghouse on January 2, 1990 and went to work for ABB when it bought the Raleigh division. His final retirement took place in April 1993.

He led a remarkable, productive life despite having suffered a spinal cord injury in an automobile accident in May 1976. He was a kind, considerate, soft spoken man and an avid gardener and birdwatcher who also loved to read and work in his shop.

In lieu of flowers the family requests that donations be made to UMRH Foundation, 2600 Croasdaile Farm Parkway, Ste. A-400, Durham, NC 27705 indicating that it should go for Croasdaile Village Benevolent Care,.

The Pray family is under the care of Hall-Wynne Funeral Service, Durham.

Offer Condolence for the family of Mark Howard Pray, Jr. 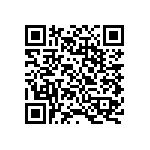