Marjorie Willard Penton Miller, 78, of 1544 Hermitage Court, died at home of natural causes on Thursday, March 10, 2011. Mrs. Miller was born on October 6, 1932 at James Walker Memorial Hospital in Wilmington, NC. She was the daughter of Mr. and Mrs. Howard Allen Penton of Wilmington.
Mrs. Miller was a graduate of Saint Mary’s School in Raleigh 1950 and the University of North Carolina at Chapel Hill 1954, where she majored in sociology. She appeared on a float in the first Azalea Festival in Wilmington in 1948 and made her debut at the Terpsichorean Ball in Raleigh in 1950. In the mid-1950s she worked for the first television station in Wilmington, and later at UNC Hospital’s Psychiatric Ward. By the late 1950s she was employed at Duke University Medical Center.
On June 4, 1960 she married Dr. D. Edmond Miller, and after two years 1961-63 in Portsmouth, Virginia, where their children were born, the couple settled permanently in Durham.
Mrs. Miller was a faithful communicant at St. James Episcopal Church during her Wilmington years, and at St. Philip’s Episcopal Church in Durham.
She was a direct descendant of Major Simon Willard, who settled in Massachusetts from County Kent, England, in 1634. She is survived by her husband, Dr. David Edmond Miller, daughter Marjorie Dale Miller, son David Edmond Miller, Jr. and his partner Karen McPhaul, and by her beloved granddaughter Meredith Rose Shanoski, all of Durham; and by her brother, Howard Allen Penton, Jr. and her sister, Mrs. Fred Michael Maliga, both of Wilmington.
Friends will be received 6-8 PM Tuesday at Hall-Wynne Funeral Service. The funeral will be 10:00 AM Wednesday from St. Philip’s Church. Private interment will follow in Maplewood Cemetery.
In lieu of flowers the family requests donations be made to: Urban Ministries of Durham, PO Box 249, Durham, NC 27702 or to St. Philip’s Episcopal Church, 403 East Main Street, Durham, NC 27701.

Offer Condolence for the family of Marjorie Willard Penton Miller 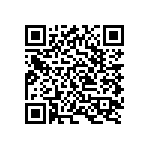