Marjorie Phillips Moore (96) of Blythewood SC formally of Durham NC, June 9, 2018. Born October 17, 1921 in Hope, Arkansas.  She was the daughter of the late Eugene E. and Alma Rider Phillips.

Survivors include her nephew and his wife, Thom and Darlene Walker of Blythewood SC, with whom she resided with for the past year. She has a number of nieces and nephews in various parts of the country. In addition to her parents, she was preceded in death by her husband Thomas Fredrick Moore, Jr. and daughter Sandra Kay Moore.  Marjorie was the baby of her family. She was preceded in death by brothers Elwood, Lynn, Ray, Horace and Paris Phillips; sisters Grace, Mozell and Madell Phillips.

She met her lifelong love Thomas “Fredrick” Moore in Houston Texas. They were married there on September 7, 1945. Fred was born and raised in Durham. They resided in Durham on University Drive, in Durham until Fred deceased.

Marjorie graduated from Spring Hill High School in Hope Arkansas in 1941. From there she moved to Houston Texas to further her education and work with the WWII effort. Upon marrying Fred and moving to Durham she worked for Reynolds Company and First Securities Corporation.

A graveside service for Mrs. Moore will be at 3:00 PM on Wednesday June the 13th, at Maplewood Cemetery, 1621 Duke University Rd, Durham NC. Shives Funeral Home of Columbia SC and Hall Wynne Funeral Service of Durham are assisting the family.

The family is so thankful to Marjorie’s loyal friends that have supported her since the death of Fred.

In lieu of flowers memorials may be made to the Muscular Dystrophy Association.

Offer Condolence for the family of Marjorie Phillips Moore 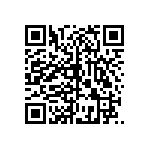