A native of Rocky Mount, NC, Mrs. Williams was born August 27, 1919, the daughter of Troy and Lillian Seagroves Matthews. Her early life was spent in Farmville, NC, but she moved to Chatham County where she graduated from Goldston High School, class of 1937. After graduating from Peace College, Mrs. Williams came back to Pittsboro and began working for Chatham County, serving in various jobs until becoming the Secretary / Treasurer of LC Williams Oil Company where she worked until her retirement.

Mrs. Williams was a member of Pittsboro United Methodist Church, the Backyard Garden Club and also the Bridge Club.

The funeral service for Mrs. Marjorie Williams will be conducted by Rev. Ray Gooch and Dr. Jan N. Hill at 11 o’clock Friday morning, March 4, 2011 from Pittsboro United Methodist Church. Interment will follow in the church cemetery. No formal visitation will be held, but friends may call from 4 – 7 pm Thursday at Hall – Wynne Funeral Home in Pittsboro.

Online condolences may be sent to www.hallwynne.com, select “Obits and Guestbooks” then “Current Services”.

Arrangements are under the care of Hall – Wynne Funeral Service of Pittsboro.

Offer Condolence for the family of Marjorie Matthews Williams 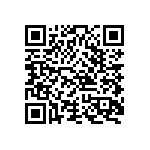