DURHAM-Marjorie M. Stanley, 84, of Durham died on March 1, 2018 at Hillcrest Convalescent Center. Born February 20, 1934 in Louisville, KY she was the daughter of the late Ernest Earl Pittman and Violet Ross Woodlief Pittman.

She was preceded in death by her son, Paul Ernest Stanley.

Marjorie’s father died at the age of 41 and her mother died at the age of 51. She often remarked that she never expected to live as long as she did. From humble beginnings she learned not only the hardships of life but also perhaps remarkably she learned to appreciate the joy and happiness of life as well. She lived a full and valued life, raising a family and largely dedicating herself to others.

Marjorie played many roles in life—daughter, sister, wife, mother, grandmother, great grandmother. Undoubtedly the thing she cherished most was her role as mother and grandmother. She not only cared for her own children with great dedication and love but also at times the children of others. Her younger sister often remarked that she thought of her as her true mother because of the effort and care she took in helping to raise her while still just a teen. She taught her family and friends not only how to love but also how to express that love through reassuring words, simple acts of kindness, and lots of reassuring hugs.

A humble women, she was never the less a proud lifelong Christian who took great comfort in her faith and shared it willingly with others. She lived her life as a reflection of that faith to the benefit all around her.

In lieu of flowers memorial contributions may be made to Edgewood Baptist Church, 1807 Infinity Road, Durham, NC 27712.

The Stanley family is under the care of Hall-Wynne Funeral Service. Online condolences: www.hallwynne.com ; select obituaries.

Offer Condolence for the family of Marjorie M. Stanley 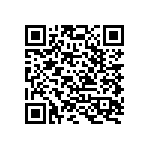