Marjorie was born January 29, 1922 to Clarence Littleton Jones and Eva Hester Jones in Granville County, North Carolina. She arrived on a cold winter day and the entire area was covered in two feet of snow. The doctor had to change horses halfway to make his way to the home. She grew up in the Enon community where she was an active member of the Enon Church youth group and youth choir. She enjoyed bike riding with her neighborhood friends, singing, and playing the piano. Marjorie graduated from Oxford High School in 1939 and University of North Carolina Women’s College in Greensboro in 1941. On November 1, 1941 she married the love of her life, Archie Lee King and they settled in the Enon Community. After marriage she worked for the Administration of the Selective Training and Service Act for which she received a Certificate of Appreciation from President Franklin D. Roosevelt in February 1943. For the next 43 years she spent her time being a wife and mother. During the fall season, she occasionally worked at the tobacco warehouse office and also helped with the local election poll on election days. She remained an active member of Enon Baptist Church where she was on the building committee for the new Education Building in the mid 1960’s. She was a member of the WMU, sang in the church choir, and taught Sunday school until 2007, when at the age of 85, she moved to Texas to live near her daughter and family.

In Texas Marjorie attended Prestonwood Baptist Church with her family and worked as one of the churches receptionist part-time.  She enjoyed spending holidays with her family, playing Pictionary and other board games, and attending some of the many events in which the great-grandchildren were involved.

She is survived by one daughter, Jane King Horner  and her husband, James from Trophy Club, Texas, a granddaughter, Sarah Horner Wilson and her husband, Drew Wilson, and three great grandchildren,  James Ross Wilson, Rachel Elizabeth Wilson and Andrew Hunter Wilson also from Trophy Club, Texas.  She was a beloved wife, mother, grandmother and great- grandmother.  We are so blessed to have had her in our lives and she will be greatly missed.

Offer Condolence for the family of Marjorie Jones King 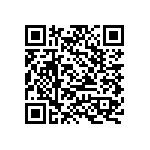