HILLSBOROUGH – Marion Frank Erwin, affectionately known as “Bull,” 79, passed away peacefully at home in the care of loving hands on Thursday, March 30, 2017 after a courageous battle with cancer. Marion was born August 8, 1937 in Durham to the late Frank Thompson Erwin and Sara Godwin Erwin. He attended Durham Public Schools, and graduated from St. Christopher’s School in Richmond VA in 1961. He attended Duke University, Louisburg College and graduated from Atlantic Christian College (now Barton College) in 1961. He proudly served in the US Army Reserve for 6 years.
Upon completion of his studies, Marion joined Erwin Oil Company in Durham where he served as Executive Vice President. Alongside his brother, they helped build and grow a strong family based petroleum business that they were proud to pass down to the 3rd generation.
Marion participated in numerous industry, community, and civic boards including the N.C. Petroleum & Convenience Marketers Assoc., N. C. Gas & Oil Inspection Board. He was a member of the Tobaccoland Kiwanis Club, served on the Board of William Peace University, the Board of NC Central University Foundation, the Board of Directors for the Durham YMCA and was President of the Durham YMCA. Marion served as President of NC Skeet Shooting Association and as President of the NC Trapshooting Association. He is an inductee of both the NC Trapshooting Hall of Fame and the NC Sporting Clays Hall of Fame.
Marion is survived by his companion, Marilyn Guthrie, his daughter, Susan Cox and husband, Robert of Hillsborough; his sons, Gregory Erwin and wife, Melissa of Raleigh and Frank Erwin of Efland; his brother, Daniel T. Erwin and wife, Jackie of Durham; and his grandchildren, Ashleigh Erwin Thompson, Hunter Frank Erwin, and Addison Alexandria Erwin.
The family would like to thank Duke Cancer Center, Nurse Care N.C. and Liberty Hospice for the wonderful care given to Marion.
A visitation is scheduled from 6:00-8:00PM Monday, April 3, 2017 at Hall-Wynne Funeral Service located at 1113 W. Main St, Durham, NC 27701 (919) 688-6387.
Funeral services will be held 11:00AM Tuesday, April 4, 2017 in the Chapel of Hall-Wynne Funeral Service with Rev. Dr. Robert B. Claytor officiating. Burial will follow in Maplewood Cemetery.
In lieu of flowers, the family requests contributions in memory of Marion to the NC Wildlife Habitat Foundation, www.ncwhf.org or a charity of your choice.

Offer Condolence for the family of Marion Frank Erwin 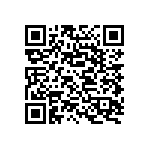