Marilyn graduated from Ferris State College in Big Rapids in 1965 with a BA in Math and Science Teaching. She worked as a junior high school math teacher in Indiana, Kentucky, California, and Maryland as her family moved with her husband who was a career Navy Medical Service Corps officer. They moved to Chapel Hill in 1992 when he completed his Naval career in New Orleans, LA.

She was also an accomplished musician, playing flute, piccolo, mountain dulcimer and hammered dulcimer in both community bands and professional ensembles for many years.

Her other hobbies included quilting and sewing. She was a long-time member of the Chapel Hill-Durham Sewing Guild and led numerous projects to produce handmade items for sale to raise money for various charities.

A celebration of Marilyn

Offer Condolence for the family of Marilyn Kay Call 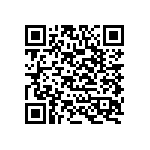