She was a talented musician, serving as a church organist for many years while living in Kentucky and Illinois. She enjoyed sewing, playing bridge, and traveling with her family.

Funeral services will be held 11:00 AM Tuesday, January 16, from the William Preston Few Chapel at Croasdaile Village with the Reverend Milton Hadley officiating. Interment will follow in Montlawn Memorial Park in Raleigh.

Friends may visit Tuesday morning from 10:00-11:00 AM prior to the service at the William Preston Few Chapel.

Flowers are acceptable or contributions may be made to the Alzheimer

Offer Condolence for the family of Marie P. Mitchell 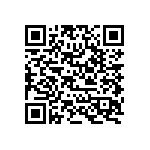