A native of Boston, Massachusetts, Marie was the daughter of the late Mr. and Mrs. Leonidas Arhondy and the widow of Paul G. Daston. Marie was an advocate for education and earned a bachelor of arts from the University of Maryland in 1981. Retiring after a long career at the University of Maryland, she continued to work part-time at the Kennedy Center for the Performing Arts through 2003. She was a life-long community volunteer serving as PTA president, Girl Scout troop leader, Campus Club, Cheverly Recreation Council and the Maryland-National Capital Parks & Planning Commission Parks & Recreation Council.

Flowers are acceptable or memorial contributions in Marie’s name may be made to, Alzheimer’s Association, P.O. Box 96011, Washington, DC 20090-6011.

Friends may visit 7-9 PM Sunday at Hall-Wynne Funeral Service, with the Trisagion litany said at 8pm. Funeral services will be held 11AM Monday from St Barbara Greek Orthodox Church 8306 Highway 751 in Durham, with the burial to follow at a later Date.

Offer Condolence for the family of Marie Daston 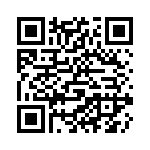