Marian Edwards Rhoads, age 94, died on January 1, 2019 at Hillcrest Convalescent Center. She was born on January 27, 1924 in Coaldale, PA to the late Edward and Emma Richards Edwards.

Marian was a graduate of the Temple University Hospital School of Nursing but spent majority of her life as homemaker. She enjoyed playing golf and bridge and being around her family, especially her grandchildren and great-grandchildren. She was president of Nearly New Shoppe for many years and enjoyed traveling; especially going on numerous family trips to Europe.

The Rhoads family thanks the staff at Hillcrest for their kind and compassionate care.

Funeral services will be held at St. Paul’s Lutheran Church, Durham, NC on Saturday, January 5, 2019 at 3PM with a visitation starting at 2PM. A private burial will take place at Maplewood cemetery following the service.

In lieu of flowers, memorial contributions may be made to St. Paul’s Lutheran Church, 1200 W. Cornwallis Rd., Durham, NC 27705.

The Rhoads family is under the care of Hall-Wynne Funeral Service.

Offer Condolence for the family of Marian Rhoads 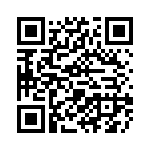