Margaret Pearce Kearney, 81, of Franklinton died Saturday, January 19, 2008 at her home following a lengthy illness. She was born in Vance County to the late Jack and Florence Pearce. Margaret was a member of Popes United Church of Christ in Franklinton.

In addition to her parents, Margaret was predeceased by her husband, Herbert S. Kearney; a sister, Florine Pearce; and three brothers: Clyde Pearce, Edward Pearce and Rudolph Pearce, all of Henderson.

Funeral services will be held 2:00 PM Tuesday, January 22, 2008 from Popes Chapel United Church of Christ with burial in the church cemetery. A reception will follow in the fellowship hall.

The Kearney family is being assisted by Franklin Funeral Service.

Offer Condolence for the family of Margaret Pearce Kearney 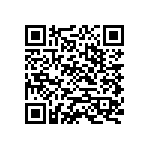