A native of Spencer, NC, she was the daughter of the late Percy and Estelle Neister; wife of 42 years of the late Rufus Haywood Hosea and sister of the late Virginia Neister. She was a graduate of Woman’s College of the University of North Carolina at Greensboro and worked briefly as an elementary school teacher prior to her marriage. She then worked as a homemaker as her family made their home in St. Louis, MO, Rye, NY and finally in Durham. Following her husband’s retirement from Liggett & Myers, they were active in community affairs, Trinity United Methodist Church and traveling as ambassadors for Rotary International. Margaret became a member of the Croasdaile Retirement Community in 2000 and was an active participant in the life of the community.

She was an accomplished needle crafter, winning awards for her rug hooking and needlepoint. She especially enjoyed knitting caps for the Duke University Medical Center NICU patients and prided herself in the hundreds that she hand knitted. Her favorite pastime was playing bridge and she was a championship duplicate bridge player through her final year.

A memorial service will be held 3:00 PM Tuesday at the William Few Chapel of Croasdaile Village Retirement Community, 2600 Croasdaile Farm Parkway, Durham, NC, followed by a time of visiting.

Arrangements are under the care of Hall-Wynne Funeral Service. Online obituaries, www.hallwynne.com.

Offer Condolence for the family of Margaret Neister Hosea 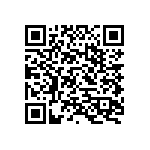