Margaret Alice Middleton was born in Washington, D.C. on July 10, 1944 and died June 18, 2009. Since 1981 she resided in Carrboro, NC where she was a violist and played many concerts with various groups in the Raleigh, Durham & Chapel Hill area. Most notably she was a member of the orchestra for the annual Duke University Messiah performances.
Margaret graduated from the Eastman School of Music and the Juilliard School. She also studied at the New York Restaurant School and the New York School of Interior Design. She was known as Migret to all of her musician colleagues and enjoyed a long career based in New York City as a freelance violist. From 1970-1972 she lived in Salzburg, Austria as a member of the Mozarteum Orchestra and principal violist with the Camerata Academica Chamber Orchestra.
In 1986 she and her partner Jane began selling muffins at the Carrboro Farmers’ Market where she became famous as the Maggie of Maggie’s Muffins. Soon there was a muffin shop followed by Maggie’s Café & Espresso Bar which opened in 1990 and ran successfully until 1997 when Maggie & Jane retired from the food business.
She is survived by her partner of 32 years, Jane Hamborsky, and their Wheaten Terrier, Murphy; Jason and Megan Hinton of Chicago and children Eve Margaret and Logan; nephew John Middleton and wife Megan and children Ellen and Jack; niece Laura Adams and husband Brad and children Caroline, Emily and Sarah; her countless friends and doctors who loved her spirit for life.
In lieu of flowers, contributions may be made to the LIVESTRONG Lance Armstrong Foundation at livestrong.org. Maggie loved Lance and his great success as a champion cyclist.
A celebration of life service and funeral will be held at 3 p.m. Friday, July 10, 2009 at Chapel of the Cross, Chapel Hill, NC.

Offer Condolence for the family of Margaret Maggie Middleton 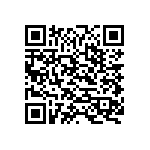