Margaret Lovelace Fessler, age 98, passed away peacefully on September 25, 2018, in Durham NC. Margaret was a proud and dedicated mother, citizen, civil servant, and Kansan. She grew up in the Great Depression, began work early, married, had a daughter, was widowed in her early 40s, and eventually went on to a distinguished career as a secretary in the U.S. Department of State, serving in Geneva, Damascus, London and Beijing.
Margaret was born on November 25, 1919 in Montgomery, Alabama to Thomas Pickens and Nannie Lee (Mims) Lovelace. She took a secretarial training course in the 1930’s, after which she moved to Washington to work for the federal government, serving eventually as a secretary for the Army Air Force (AAF) Weather Wing. While assigned to Asheville NC, she met Max Everett Fessler, meteorologist for the AAF, a PhD candidate in statistics from Columbia Business School and a native Kansan. They were wed June 4, 1949 at Danforth Chapel on the University of Kansas campus where Max was a professor. Their only child Sally was born in May 1954. Max died suddenly of a heart attack in May of 1963 and Margaret raised Sally alone while working in the Chancellor’s Office at the University.
In 1975, Margaret began a new career in the foreign service. She worked for the Department of State for four tours of duty around the world, serving her country with her characteristic attention to detail and exacting, quality work. She traveled extensively, both during her time in the foreign service as well as after retirement. She returned to Lawrence, KS in 1984 and moved to Durham, NC in 2006. In recent years, she was a resident of the Durham Regent, where she made many new friends.
Margaret was an avid reader and engaged citizen, who fondly remembered FDR and watched MSNBC and Rachel Maddow with zeal. During the 2016 election, she was proud to write 240 letters to infrequent women voters in support of Hillary Clinton’s candidacy for President. Margaret also had great love for animals, in particular, cats and pet mice.
She is survived by her daughter Sally K. Fessler, son-in-law David A. Kirkpatrick, and granddaughter Grace Y. Kirkpatrick.
Memorial donations may be made to the Max E Fessler Dissertation Award, which provides awards to deserving PhD students in the KU School of Business, P.O. Box 928, Lawrence, KS 66044, or to the the Lawrence Humane Society, 1805 E 19th St, Lawrence KS 66046, for the care and re-homing of companion animals.
A memorial service will be held for Margaret on October 20 at 3 p.m., Hall-Wynne Funeral Service, 1113 W Main St, Durham, NC 27701, with interment of ashes at Pioneer Cemetery at the University of Kansas at a later date.

Offer Condolence for the family of Margaret Lovelace Fessler 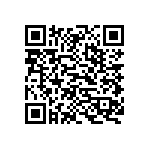