A native of Savannah, she was the daughter of the late Margaret Mildred Monroe and Aloysius Jones Zealy. She attended Sacred Heart and St. Vincent’s Academies in Savannah, after which she received an associate’s degree from Armstrong College.

After marriage Margaret started her family in Savannah. She then lived briefly in Charleston prior to settling in Lincolnton, NC in 1979. Margaret was on the staff of Crowell Hospital in Lincolnton for many years. She returned to academics and received a B.A. degree in social work from East Carolina University. A Durham resident since 1999, Margaret began working as a social worker with NC Partnership for Children, and throughout her career was passionate about the needs and challenges of children. Her most recent work was with Exchange Club’s Family Center of Durham County, initially as an administrative assistant and at the time of her death, Executive Director.

Margaret never met a stranger. She was a consummate “people person” always stepping outside of herself to show attention and kindness to anyone in her presence. While she had a soft heart and keen sensitivity, Margaret was determined, fearless, bright and resourceful. As her family said, “she loved to have a good time. The dishes could wait.” Margaret’s grandchildren were the light of her life. She was their “Bubbe” as she was to many other adopted grandchildren.

A service in celebration of her life will be 6:30 PM Friday in King’s Park International Church, 1305 Odyssey Dr., Durham, after which the family will receive friends in the fellowship hall.

Gift’s in Margaret’s memory may be made to: Exchange Club’s Family Center, exchangefamilycenter.org. Arrangements are with Hall-Wynne Funeral Service. On-line memorials: hallwynne.com

Offer Condolence for the family of Margaret Linda Zealy 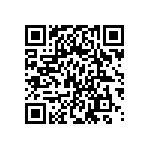