Margaret Helena Jordan, 93, of Chapel Hill died Thursday, May 12, 2011 at her residence. She was born February 14, 1918 to the late John Downey and Mary Young Downey. Margaret was a member of St. Thomas More Catholic Church.

Originally from Ireland, Margaret immigrated to New York City as a young woman, became an American citizen and met the love of her life Victor Jordan. She would spend the next fifty years with him, raising children and grandchildren amidst the hustle of the city that reflected her own energy and vitality. Always kind to everyone and never, ever boring, Margaret enjoyed drinking and joking with her friends and family, her garden, animals, children and any other living thing that needed tending. She will be remembered as an excellent cook and storyteller, who combined the best of Irish wit and charm with the independent spirit and optimism of her adopted nation. For 93 years she was an example of how to live and love life in a manner that demonstrated the best in humanity, and her memory will continue to serve those who survive her as a standard to live up to.

A memorial Mass will be offered at 2:00 PM Monday, May 16 from St. Thomas More Catholic Church with Father Romen Acero presiding. Burial will be held later at Arlington National Cemetery.

In lieu of flowers, contributions may be made to St. Thomas More Catholic Church, 940 Carmichael Street, Chapel Hill, NC 27514.

The Jordan family is under the care of Hall-Wynne Funeral Service, Durham.

Offer Condolence for the family of Margaret Helena Jordan 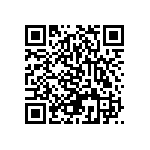