Margaret Jane “Peggy” Hasson Snuttjer after a four year battle against cancer died on Saturday, July 16, 2011 at NC Cancer Hospital in Chapel Hill. Mrs. Snuttjer was a resident of Pittsboro since 2005. She was 74 years old.

Born August 13, 1936 in Pittsburgh, PA, Peggy was the daughter of Richard Russell Hasson and Margaret Neuland Hasson. She was a 1958 graduate of Indiana PA State Teachers College. While at Indiana Peggy was a Delta Zeta. Peggy married Owen Russell Snuttjer on March 31, 1962. She taught school in West Mifflin, PA for 5 years before becoming a stay at home mom. After moving to Oviedo, Florida in 1982 she was quite active in the Oviedo Garden Club and First United Methodist Church of Oviedo. In Pittsboro she was a member of the Pittsboro United Methodist Church.

A devoted wife, mother, grandma and friend Mrs. Snuttjer leaves behind her husband of 49 years Owen; her son, Robert Snuttjer of Cary; her daughter and son-in-law, Amy and Justin Patsey of Cary; her brother, Richard W. Hasson and sister-in-law, Dorothy of Freedom, PA. She is also survived by her grandchildren, Haley and Alec Patsey of Cary. She also leaves behind her beloved dogs Zack and Ebony.

Visitation will be Tuesday at 10:00 a.m. at the Hall-Wynne Funeral Home in Pittsboro. A memorial service will be held at 11:00 a.m. by the Reverend Ben Alexander. Private interment will be at the Wake Memorial Park in Cary.

The family would like to thank the staff at UNC Hospital, especially Dr. William Irvin for the great care over these years.

Offer Condolence for the family of Margaret Hasson Snuttjer 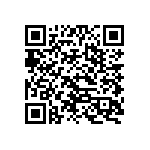