Peggy resided in Boston until moving to Durham 10 years ago, she has resided at Croasdaile Village in Durham for the past 4 years. She retired in 1985, after 45 years, from NYNEX Telephone Company, where she was a member of the Bell Telephone Pioneer’s. She was preceded in death by her husband, James L. Donovan, two brothers and a sister.
Surviving are: a daughter, Diane M. Donovan of Durham and several nieces and nephews.

A mass of Christian burial will be celebrated 10 a.m. Tuesday at Immaculate Conception Catholic Church in Durham. Online condolences at www.hallwynne.com

Offer Condolence for the family of Margaret E. Donovan 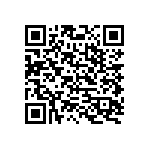