CHAPEL HILL -Margaret Cooper Williams, born 29 November 1914, died on Saturday, 24th of September at the home of her daughter, Margaret W. Rich, in Chapel Hill, NC, where she had lived since shortly after her 100th birthday. Her death was peaceful, surrounded by family and friends, however, she did not go quietly. During her time in Chapel Hill she never stopped missing her home in Greenville, her caring community of friends, in general, or her friends, in particular, from Westminster Presbyterian Church where she was a member since its beginning in a tent in 1947 and her friends at the club, Tommy’s Country Ham House, a Greenville institution like Trafalgar Square, where the whole world eventually passes through.

Among the many hallmarks of her long life she will be remembered for her sense of style, sense of humor, and her thoughts of others, especially the notes she sent to amplify an occasion of joy or to sympathize with a loss. These beautifully crafted notes were the first to arrive with her signature commemorative stamps and kept coming at a steady clip until the recipient got clear of a need for support. Until her death she was the go-to person, an amazing resource, for information. According to her friend, Jan Lewis Ross, “Her brain held so much knowledge and she could access it easily for us all when we needed to know when something happened or who somebody was.”

Often the adult you will become is evident early in childhood. Her family has a letter from the Red Cross thanking “the little girl who sent her doll.” In the wake of the worst disaster in naval history (Nova Scotia 1917) Margaret must have overheard her parents’ discussion about what help they would send. As the story goes her mother asked the 3 y/o if she was sure she wanted to send that doll as it was the one she slept with.

Margaret would attribute her longevity to the credo “everything in moderation”–most notably Early Times and dark chocolate. Her most valued compliment came from a friend, Tunkie Cole, who said she was “always glad to see Margaret Williams.” Another friend, Jo Mills, chose as an inscription the following quote from a birthday gift, The Magic of Joy: “Anybody who keeps the ability to see beauty never grows old. That must be your secret.”

The daughter of Dr. Ernest Cooper and Mary Gibson Cooper of Columbia, SC, she grew up at the South Carolina Tuberculosis Sanatorium at State Park where her father was the superintendent (1915-1939). She attended grammar school at Arden in College Place; she attended what would now be called “Jr. High” at Wardlaw in Hyde Park; graduated from Old Columbia High School (1932) and Agnes Scott College (1936). She did graduate work at the School of Social Work, Univ. of SC, (1937) and University of Chicago (1938-39).

In Chicago one of her friends was an Atom Smasher, a student at the Ryerson Physics Lab. The giant atom smasher itself was buried under Stagg Field, the football stadium where, three years later the first atomic chain reaction would occur. The momentous event for her was that she was in Chicago during one of the 10 worst snowstorms in history (1939)—drifts over the tops of cars and paralyzing the trolley system. In sympathy her mother mailed a bunch of daffodils from Columbia. The landlord was amazed, but Margaret could not wait to get back to her job and friends in Pickens where people made those kinds of small creative gestures every day.

Margaret Williams is a former board member of YWCA; active in women’s activities at Westminster Presbyterian Church where she was awarded a Life Membership of Presbyterian Women (1996). She was a member of Alpha Delta Pi sorority at USC and a member of Pi Gamma Mu, National Social Science Honorary Soc. (1936—37).

She retired from social work at SC Dept. of Social Services in Greenville in 1979 where she was a supervisor of Child Welfare Services for 20 years. From 1955-1963 she was Personnel Manager of Her Majesty, a manufacturer of sleepwear and underwear for girls, including crinoline slips that girls wore 2 or 3 or more at a time in the 50’s. After college and until she married (13 May 1942) she worked in Pickens at the Dept. of Public Welfare. During WWII she worked with American Red Cross (Jan. 1944—Nov. 1945). She was one of first women in SC to serve on the Federal Grand Jury (Western Dist.) in 1958.

A memorial service will be held at Westminster Presbyterian Church on Wednesday afternoon, September 28, at 3:00. Her ashes will be buried at Elmwood Cemetery in Columbia, with her husband and her mother and father on her 102nd birthday, 29 November.

In lieu of flowers please send memorials to Westminster Presbyterian Church, Thornwell Home for Children, or the charity of your choice.

The Williams family is under the care of Hall-Wynne Funeral Service. Online condolences: www.hallwynne.com, select obituaries.

Offer Condolence for the family of Margaret Cooper Williams 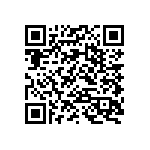