CHAPEL HILL – Margaret (Peggy) Collins Nugent, 93, a resident of Hornell for 77 years, died February 27, 2017 in Chapel Hill, NC following a long illness.
Born in Hornell on April 27, 1923, she was the daughter of William L. and Pauline Acker Collins.
She was a graduate of Marymount Academy, Tarrytown, NY in 1940 and Syracuse University in 1944.
She married John E. Nugent of Hornell in 1946. He predeceased her in 2001 after 54 years of marriage.
Peggy served as Vice President of the Hornell Construction Company from 1945 until 1980.
From 1966 until 1969 she was a member of the Board of Trustees of Alfred University.
In 2001 she succeeded her husband as the Chairman of the Board of the Canisteo Valley Corporation, the holding company for First State Bank of Canisteo. She remained as chairman until the bank was sold to Citizens and Northern Bank of Wellsboro, PA in September, 2005.
Peggy was a communicant of St. Ann’s Church. She was active in the Hornell Area Camp Fire Girls, the American Red Cross, the Fortnightly Club and the St. James Mercy Hospital Ladies Auxiliary. She was also a devoted member of the Hornell Country Club.
In 1979 Peggy began spending winters in Boynton Beach, Florida where she made many dear friends and was able to enjoy her passion for golf throughout the winter.
In 1999, Peggy and her husband, John, re-located permanently to North Carolina, where they resided in Fearrington Village in Pittsboro. Following John’s death she moved to The Cedars Retirement Community in Chapel Hill and finally to the Carolina Meadows Retirement Community where she was residing at the time of her death. The family is most appreciative of the skilled and loving care that she received from the nurses and staff of Carolina Meadows and most especially from her special caregiver, Eleanor Caldwell.

Left to cherish her memory are her two daughters, Pauline (Philip) Patti of Raleigh, N.C. and Amy (Stephen Stimpson) Farley of Cheshire, CT. , her six grandchildren, Jonathan (Jacquie Gartzka) ) Scott of Corvallis, OR, Colleen (Douglas) Bashar of Raleigh, NC, Will (Catherine) Farley of Raleigh, NC, Margaret Farley of New York, NY, Lauren (Scott) Tompkins of San Antonio, TX, and Stephen (Mira)Patti of Newport, RI ,her eight great grandchildren, Aiden Scott of Corvallis, OR, Korbin and Declan Bashar of Raleigh, NC, Dylan Burns of Austin, TX, Nathan Burns of San Antonio, TX, Piper Tompkins of San Antonio, TX, Talia and Carter Patti of Newport, RI, great-great granddaughter, Aveline Burns of Austin, TX and her nephews, nieces and cousins.
At Peggy’s request there will be no calling hours. A Mass of Christian Burial will be celebrated at St. Ann’s Church in Hornell, New York on March 13, 2017 at 10 am. Committal prayers and internment will follow at St. Ann’s Cemetery, Hornell.
In lieu of flowers those wishing may contribute in her memory to the American Red Cross of Western and Central New York, 344 West Genesee St., Syracuse, NY 13202 or at www.redcross.org.

The Nugent family is under the care of Hall-Wynne Funeral Service. Online condolences; www.hallwynne.com, select obituaries.

Offer Condolence for the family of Margaret Collins Nugent 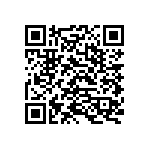