Margaret Catherine Fitzpatrick, 82, passed away, on Saturday, April 13. 2013, in Durham, North Carolina.
Born in Brooklyn, New York on July 25, 1930, Margaret was a daughter of the late Thomas and Margaret Jennings McDonald. She was predeceased by her sister Elizabeth McDonald Costello. While working at Cahill Gordon Law Firm, she met the love of her life, Thomas B. Fitzpatrick. They moved as a newly married couple to Alexandria, VA, where they lived for 38 years and raised their family. Margaret was a devoted mother and active volunteer in her children’s schools and her parish. She was an accomplished seamstress and creative in many crafts.

Margaret and Tom moved from Alexandria to Myrtle Beach in 1989 following his retirement, where she continued to volunteer, becoming very active in St. Andrew Catholic Church. She was a Past President of the Women’s Club, where she was named “Woman of the Year.” In 2011, Margaret and Tom moved to Durham, NC to be close to some of their family and became members of Holy Infant Catholic Church.

An online guest register is available at www.msfh.net or www.hallwynne.com

Offer Condolence for the family of Margaret Catherine Fitzpatrick 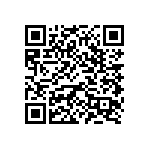