Margaret Blair MacInnes, 101, died at Carolina Meadows, December 3, 2012. “Peg” was born November 4, 1911, in Corry, PA to the late Frank and Grace Blair. A graduate of Mercyhurst College in Erie, PA, she married Jack A. MacInnes on July 7, 1937. Peg worked with special needs children when she lived on Long Island and in the suburbs of Philadelphia. After Jack’s death, Peg moved to Fearrington in 1985, and then to Carolina Meadows in Chapel Hill in 1994. Peg was predeceased by her daughter Ann Gallagher and son, James MacInnes. She is survived by her grandchildren Lee Gallagher Bill McNair, Blair Gallagher, John MacInnes Iris; her great grandchildren, Christina and John II, and Dorothy Fowler Gordon; her great-granddaughter Audrey; and her nephew Bob Blair. Peg will be missed by her many friends, especially Candace Owens, Hiram Black, Neely Monemi, and many others. A funeral mass will be held 11:00AM, Monday, December 10, 2012, at St. Thomas More. A reception will follow. In lieu of flowers, please make memorials to a charity of your choice.

Offer Condolence for the family of Margaret Blair MacInnes 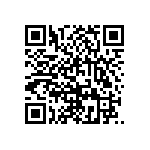