Marcellus “Cell” Bernard Hearne, 101, of Cary, North Carolina died Friday, November 7th 2008 @ The Laurels of Chatham in Pittsboro, NC. Cell was born in Farmville, NC, one of ten children born to Louisa Star May Hearne and William Augustus Bernard Hearne. Cell spent most of his life in Greenville and moved to Woodland Terrace of Cary with his sister Lucille Swaney in the 90’s.

He proudly and voluntarily served his country as a Corporal in the US Army – he was a part of ‘The Great Campaign’ in Normandy . . . D-Day.

He devoted his life as a caretaker for his parents and two elderly aunts. He thoroughly enjoyed fishing and hunting with his brothers and their dogs. He was a kind and gentle man with the biggest and warmest heart. He believed strongly that laughter was the best medicine and was always ready with a joke or funny story to cheer up anyone who would listen. He was a serious student of health and physical conditioning — even at 101 you could find him arm wrestling or jogging down the hallway to show his level of fitness!

During his youth his Aunt Mattie treated him to a local performance of Buffalo Bill’s Wild West Show featuring Annie Oakley. While working at Virginia Beach with his brother Bill, he was quite astonished one day to see a plane actually ‘on the beach’. He and Bill paid $2.50 for an exciting 10-minute sight seeing ride over the Atlantic Ocean . . . and the plane was piloted by Amelia Earhart!

Cell was well loved and will be deeply missed by his family and friends. No formal service is planned at this time.

Arrangements are under the care of Griffin Funeral Service, 396 West St. Pittsboro, NC 27312.

Offer Condolence for the family of Marcellus Hearne 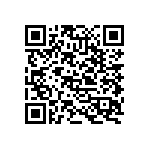