Mrs. Swanson was born on September 23, 1928 in Brooklyn, NY to the late John M. and Mary Grace Bohl.  She was educated in the New York public schools, and later graduated from Croft Business College.  She married her late husband, Kenneth Swanson and relocated several times during his career in the US Navy, from San Diego, Hawaii, and eventually Durham.  She was employed with Belk Department store for many years.  Mrs. Swanson enjoyed many activities, including sewing, knitting, ceramics,  and bird watching. She was well known for her meatballs.  Mrs. Swanson was active with the Catholic Daughters of the Americas for over 50 years.

In addition to her husband and parents, Mrs. Swanson was preceded in death by her brother, Walter Bohl, and her sister, Marion Bohl.

A Mass of Christian Burial will be celebrated at 12:00 pm on Friday, February 10, 2017 at St. Matthew’s Catholic Church. Rev. Thanh N. Nguyen will preside.  Burial will follow in the church cemetery.

Offer Condolence for the family of Marcella Bohl Swanson 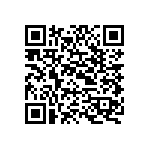